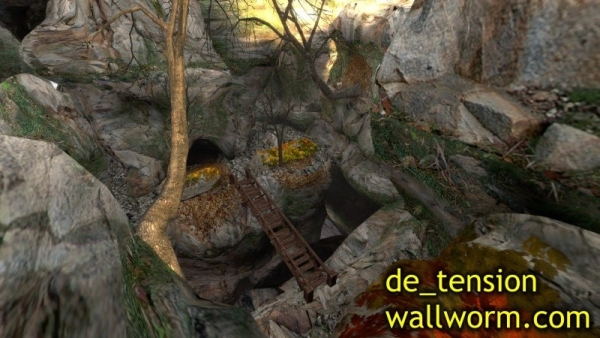 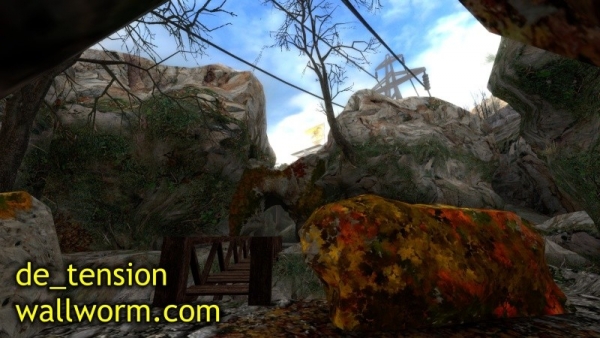 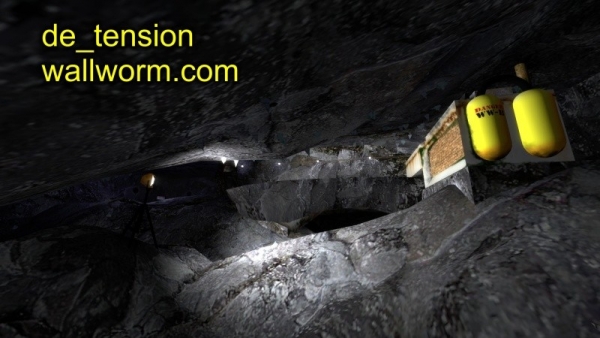 I have updated the map almost a year after it was released because it would crash CS after CS was updated to the Orangebox engine. Aside from fixing the crash problem, I have also optimized the map to get a few more FPS from lower-end systems. The map files are now named de_tension2 and ww_de_tension2 .

This is a remake of my de_tension for CS 1.6. This download includes two versions of the map: de_tension and ww_de_tension. The second is prefixed with ww_ because it uses the Wall Worm dynamic mapping method.

The map includes several custom models and sounds that I created specifically for this map. Due to the complexity of the map, there is no navigation mesh (I could not build one that bots could efficiently understand). Feel free to leave feedback and/or let me know if you use this map on your server.

You can read a full discussion on the making of this map on my site.

Thanks for any other informative web site. Where else may just I get that kind of information written in such an ideal way? I have a mission that I am just now operating on, and I have been on the look out for such information. kagdkgedcededeke