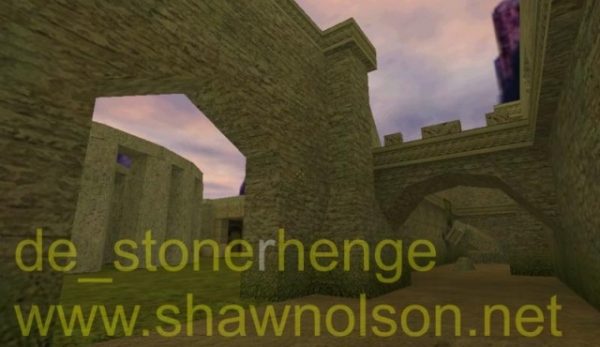 de_stonerhenge is a custom Counter-Strike map I created to improve de_stonehenge. The first map was fairly popular on the Wall Worm server--but some flaws presented themselves after the official compilation. For one, the bomb could be planted at B in such a way it could not be defused; furthermore, the Terrorists had a huge advantage in being able to spawn close to bombsite B.

de_stonerhenge addressed those issues and opened up the map by using a new temple behind the Stonehenge monument. (This addition was used in a now obsolete version called de_mayan_stonehenge.)

I've removed the download because I cannot find the authors of some textures used in the temple area. If I can find the authors to give proper credit, I'll bring the level back. Otherwise, it may be added to an updated CS:GO map.